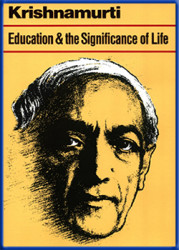 This is the third in an occasional series of posts highlighting some of the books that led me into education or that have greatly influenced me as an educator over the years. Previous posts can be found here and here.

For those of a progressive bent in education, the ‘golden age’ of radical educational thought is usually considered to be the period in the 1960s and ’70s when the likes of Ivan Illich, AS Neill, John Holt, Everett Reimer, Paulo Freire and a number of others came to prominence. The appearance of cheap paperback versions of their books sparked a worldwide debate about the explicit and implicit purposes of formal education, about the nature of teaching and learning (and the relationship between teaching and learning), and about the possibilities of transforming educational systems and institutions to meet the needs of all people and not just the demands of the wealthy or the élites (groups that of course tend to coincide in most countries). Their books sparked a surge in subversive educational practice and activism the world over. In Scotland, the likes of RF Mackenzie carried the torch for educational transformation, and all over the world other teachers and thinkers and writers pursued their own progressive tenets.

However, a remarkable book appeared in the early 1950s that presaged this radical upsurge by more than decade. That book was Education and the Significance of Life (the link is to a free version of the book in PDF format), by an Indian thinker and philosopher, Jidda Krishnamurti. I came to this book after the books of the writers mentioned above, and it caused me to rethink some of the issues that they had raised in my mind.

Krishnamurti, on a cursory reading, might seem to be have been a harbinger of that stream of thinking from which the radical educators were later to emerge (although of course even the later burst of radicalism was not uniform or homogeneous by any means) – and certainly there are many strands that coincide – but he offered a number of ideas and took some positions that were in fact radically different to those of the likes of Illich, Freire and others.

At the heart of this book is the statement from which it’s title is taken:

Education is not merely acquiring knowledge, gathering and correcting facts; it is to see the significance of life as a whole.

Few would disagree with this. However, Krishnamurti had a particular take on how this could be achieved. He believed that in order to educate fully we must understand the meaning of life as a whole, a not inconsiderable requirement, and he felt that in order to gain this understanding:

…we have to be able to think, not consistently, but directly and truly. A consistent thinker is a thoughtless person, because he conforms to a pattern; he repeats phrases and thinks in a groove…..To understand life is to understand ourselves and that is both the beginning and the end of education.

He felt that education should help each one of us to:

…discover lasting values so that we do not merely cling to formulas or repeat slogans; it should help us to break down our national and social barriers, instead of emphasizing them, for they breed antagonism between man and man. Unfortunately, the present system of education is making us subservient, mechanical and deeply thoughtless; though it wakens us intellectually, inwardly it leaves us incomplete, stultified and uncreative.

How interesting to think that, some sixty or more years later, we are still having to make the same arguments.

But perhaps the most radical idea that Krishnamurti put forward – and this is where he would certainly differ fundamentally from the likes of Paulo Freire (to give but one example) – was to challenge those who approach education from any one ideological position. He wrote, for example:

Ideals have no place in education for they prevent the comprehension of the present.

The right kind of education is not concerned with any ideology, however much it may promise a future Utopia: it is not based on any system, however carefully thought out; nor is it a means of conditioning the individual in some special manner. Education in the true sense is helping the individual to be mature and free, to flower greatly in love and goodness. That is what we should be interested in, and not in shaping the child according to some idealistic pattern.

In his view, human being are simply not to be shaped according to any definite pattern, but left free to decide for themselves how they wish to grow and learn and develop. Philosophically that is a difficult concept to argue, and politically it is, of course, anathema to most radical educationists, since most of them, if not all of them, present their vision for education from one standpoint or another, sometimes worked out explicitly, but often largely unstated.

I do feel, incidentally, that Krishnamurti’s starting point does strongly support my own educational philosophy, distilled into the prose-poem I Am Learner.

For anyone seeking to transform education so that it better serves the needs of people rather than the needs of states or corporations or any other external interest, this is a book that is at least worth reading and pondering. It will make you think. And it will force you, perhaps, to justify to yourself why you hold any one particular position over any other.