This is the fourth in an occasional series of posts highlighting some of the books that led me into education or that have greatly influenced me as an educator over the years. In this post, I want to look at the book that  first excited me about the possibilities offered by the ‘microcomputer’ in education, an interest that has stayed with me ever since and that has shaped and coloured much of my career since.

I am writing this post just the day after Seymour Papert died, aged 88.

Teachers of a certain vintage (permit me this minor euphemism) will recall when the microcomputer first began to find its way into schools. Some had this experience before I did, but I started primary teaching in October 1980 (hence the euphemism) and in February 1981, a hefty set of boxes arrived in the school. The headteacher (headmaster!….he was old school, literally) was somewhat sexist and so, as the only other male teacher in the school, I was told (not asked) to work out what it was and what it was for. 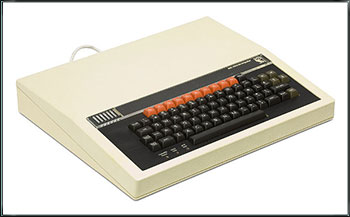 The boxes contained an Acorn BBC B computer, a heavy cathode-ray monitor, a cassette data recorder, a large set of cassette tapes that held the software needed to make this strange assortment of devices useful, and some books. I was soon immersed in all that the computer had to offer. I taught myself to program (badly) in BBC Basic and I was hooked. I read everything I could lay my hands on about this new and burgeoning set of possibilities, initially at the technical rather than pedagogical level. Then I came across a book called Mindstorms, by a South-African-born American computer scientist, mathematician and educator called Seymour Papert.

A short step back: long before I had even thought about going into teaching, I had read Arthur Koestler’s Ghost in the Machine, a book that taught me (amongst much else) to distrust behaviourist psychology. From the moment I began to use the software provided with the BBC B, I recognized that much of it was based on a behaviourist philosophy, the digital analogue of the mechanical teaching machine that BF Skinner and his ilk had attempted to foist on education many years before (and which also played no small part in the development of the mind-numbing language labs that I had had to endure as a high school student in the early 1970s). It took Papert’s Mindstorms to let me see how this exciting new machine might be used for education in a manner that was not reductive, not crudely didactic, and that allowed the learner to take control in ways that the provided software did not. 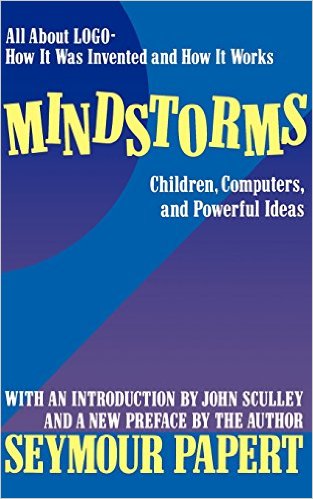 Mindstorms was the spark that led me on a trail of discovery, on a long and winding path of thinking and experimentation, a path that led me towards more than a few dead ends, that often cut back on itself, but that has always been compelling and encouraging. It is a path I am still on, still hitting occasional dead ends, and still sometimes coming back to places where I have been before in order to take a different route. It is the path that has allowed me to spend the past three and a half decades trying to work out how the digital technologies (which of course have exploded in ways that I simply could not have predicted in that primary classroom in the early ‘Eighties) could revolutionize education. Papert’s book led me to Marvin Minsky and Perceptrons, a book co-written with Papert, and a little later later to another of Minsky’s books, Society of Mind. In Perceptrons and in Society of Mind I read about neural networks for the first time and about how they could be used to enable the computer (and the network) to learn. Lessons from this are still being applied today in the critical area of machine learning. I was soon engrossed in Artificial Intelligence with the likes of Margaret Boden (I still have a dog-eared copy of Computer Models of Mind, bought in the late 1980s – 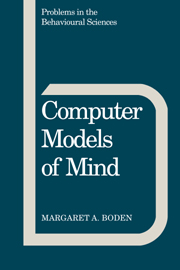 and I will have the privilege of listening to Margaret in person for the first time in a few weeks’ time at the Edinburgh Book Festival) and so many others in the field. I learned about the difference between ‘strong’ and ‘weak’ AI, and I worked out for myself what I thought was good and not-so-good in AI.

I discovered the likes of Alan Kay, Ted Nelson and Xanadu (which resonates so strongly still with me today when I read about BlockChain). I even had an article published in the Guardian about Xanadu. Later I came across the likes of Nicholas Negroponte – his Being Digital is a book that still offers much that we can learn from today, in education and beyond.

I am only scratching the surface here of the exhilarating path I have taken through the conjunction of education and the digital technologies, and it is a path that still fascinates me anew each and every day. But it all began with Seymour Papert and Mindstorms.

The book made me think about how we might bring technology and learning together in ways that are not reductive and that put the locus of control firmly in the hands of the learner. These are principles that I retained throughout my career in teaching, in local and central government, throughout my involvement in Glow, and in the private sector with Cisco Systems and more recently as an edtech consultant. He taught me think about cultures:

We need to advance the art of meshing computers with cultures so that they can serve to unite, hopefully without homogenizing, the fragmented subcultures that coexist counterproductively in contemporary society. 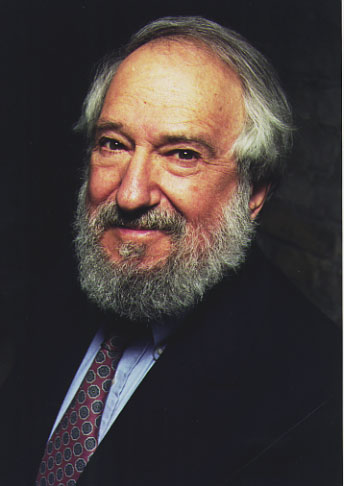 He also taught me that it isn’t enough simply to use technology to do what we already do a little more efficiently or in a slightly different way – we have to use it as a tool for revolution in teaching and learning:

Of course, Mindstorms is best known for putting the Logo computing language at the centre of what Papert was proposing. I acquired a version of Logo as soon as I was able and used it to teach children to code in simple graphical ways that aided logical thinking in general and mathematics in particular. My interest in AI also led me to play around with Prolog, and my M.Ed thesis, written at the University of Aberdeen in 1990 (and supported by the inestimable Professor Ray McAleese) looked at the relative merits of using procedural programming languages (such as Logo and Basic) and declarative programming languages (such as Prolog and LISP) with learners.

So, pretty much everything I have been involved in over the years in EdTech, I can trace back in some way to the thoughts I had on first reading Mindstorms in 1981. It was, and remains, an important book to me.