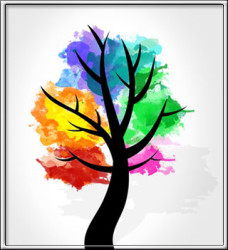 The world has already moved beyond the point where we need professional mediation to create, for example, a polished piece of video. Anyone today can choose to express themselves in video without intermediation, from shooting, to editing, to final production. They might express themselves well. They might express themselves badly. But then it has always been thus in every sphere of creativity. The digital revolution has put highly sophisticated tools for video, photography, music, illustration, graphic design and other areas of creativity into ‘amateur’ hands, and whether the ‘professionals’ like it or not, that is just how it will stay.

And of course, long before the digital revolution came along, so called amateurs have been singing, making music, drawing, painting, dancing, sculpting and in so many other way choosing to express their individual and group creativity. Terms like amateur and professional still have some meaning in all of these creative domains, including the digital ones, but they are terms that will become less and less meaningful over time. There will always be masters of their art, and there will always be a long tail of those who range from the brilliant to the inept, a tail that gets joyfully longer every day. But even the inept can take pleasure in their art without causing the virtuosi any grief.

There are those who will argue, sometimes vehemently, that language and writing sit right at the top of the creativity ‘tree’, that for instance the most impressive writing is somehow of greater import than, for example, the greatest piece of film. That may or may not be true. The reality is, nonetheless, that there are very many films that are infinitely richer and vastly more insightful than many texts. Examples abound, we all know, where bad writing has been turned into good film or television, and equally where great writing has been painfully abused on the screen, small or large.

It simply isn’t helpful to try to place the various modes of expression within some kind of hierarchy of creative significance. If someone chooses to express themselves in video (or in painting, or in song, or in dance…) who are we to tell them that they have chosen to be creative in a medium that is somehow a lesser form? And, even were that so – even if we agree that language is the essence of human achievement – what does it matter? People will always choose to be creative in infinitely wondrous ways, through myriad media, and the education system should recognize, nurture and indeed, celebrate that diversity.

Music and art are spheres of creativity that, I believe, stretch any notions that language is the fundamental ‘literacy’ that defines us as human beings. Music and art must be at least as old as language, and possibly older. It might be argued that language is the essence of thought, and therefore of philosophy, of human cultural and scientific achievement throughout our history, but I simply cannot imagine what it means to be human without reference to music and art. And by art, I mean not just the fine arts, but also the whole spectrum of artistic creativity, including all of those mentioned already, and more.

An education that does not enable learners to be creative across all the domains they wish to explore is an education bereft of human delight, pleasure and exuberance.