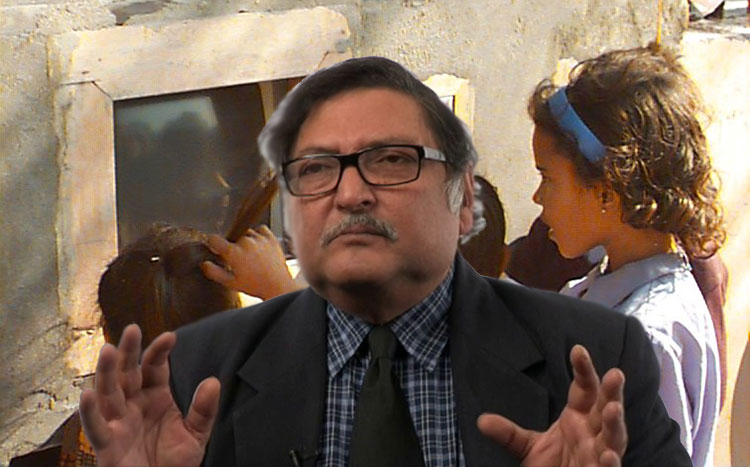 …..and gets it completely wrong!

Peter Wilby, whose Guardian writings on education I usually have some respect for, seems to fall heavily into the trap of believing that right can only be distinguished from wrong in education through academic research. On Sugata Mitra and his work (the Hole in the Wall Project and now his School in the Cloud centred on self-organised learning), Wilby feels that:

He finishes his piece with this:

…Mitra seems to argue – it can be hard to tell whether he’s exaggerating for dramatic effect – that we should transform the whole basis of schooling. And to convince us of that, I fear, he needs far better evidence than he has or seems likely to get.

Wilby, I’m afraid, has got this somewhat arse about elbow. Mitra has carried out the work he carried out and he has come to his now well publicized conclusions, and has made his name and his reputation through that initial set of experiments and his subsequent work. Whether he is right or wrong is not for him to settle on behalf of sceptics such as Wilby and others; it is now up to the sceptics themselves to prove him wrong by whatever means they choose.

One thing I would caution though: they are unlikely to prove him wrong (or right, for that matter) through ‘traditional’ academic research. Why? Because as I have argued in this blog previously (Education: an ever-swirling vortex of ideas), education is simply not a science and is not therefore amenable to the application of the scientific method to research. Education is, fundamentally, a humanity. As I wrote:

It is a field of study and a domain of practice that can, and ought to, involve us in seeking insights from the broadest range of disciplines: philosophy, psychology, pedagogy (of course), sociology, the history of ideas, politics, social anthropology, cultural studies, media studies, and pretty much any other domain from which we can glean some understanding of the nature of what it means to be human.

Even the work of the sainted Piaget, mentioned by Wilby in the piece, has faced many criticisms over the years since he published his findings on the fixed stages of development (as he saw them) that all children go through. Researchers since have criticised, for example, the difficulties caused by the lack of precision in much of his terminology, the lack of evidence for his claims that the cognitive capacity of children at different stages of development are qualitatively different, the possibility of cultural specificity in the children that he observed in his experiments, and many others besides. The point is not that researchers since have proved Piaget right or wrong; it is that each succeeding piece of research has added to the information and data that we can employ to argue about the generality and the detail of his original findings. Educational researchers simply have to face up to the fact that they do not work with material – namely learners and teachers and pedagogy – that can be manipulated in any truly consistent or predictable ways to produce predictable (and replicable) outcomes.

Sugata Mitra, whether you question his findings or not, and whether or not you retain any doubts about the nature of the work that went into those findings, has certainly contributed, and continues to contribute, to that debate. His work is a provocative and contentious element of that swirling vortex of ideas that is education. It is not up to him to prove himself right or wrong – that is for others to attempt.

To me, education is an argument, and it will always be thus. Sugata Mitra’s work is, to say the least, an interesting and fascinating component of that argument.