This is the first of an occasional series of posts highlighting some of the books that led me into education or that have greatly influenced me as an educator over the years.

Letter to a Teacher, by The School of Barbiana was first published in 1967 in Italian, and then in English translation, in a thin Penguin paperback, in 1969. It is an eloquent, lucid and quite savage indictment of the Italian education system of the time, a system that pushed the children of the middle classes and the professional classes to the maximum while leaving the children of the peasants and the poor people to wither on the educational vine.

It was this book more than any other that got me interested in education and which, eventually, led me to pursue the career that I did. While this little book might seem divorced — by time, by culture, by the nature of social change since that time — from where we are today, it is still utterly relevant on so many levels. Written by eight boys who were teacher-students in this tiny country school started by the local parish priest, a man who knew well that such children would not otherwise be able to gain an education — it is a straightforward comparison of the fortunes of Pierino and Gianni, two generic students representing the privileged and the poor people respectively.

Each is emblematic of his origins and of his educational chances in the Italian system of the time, and therefore of his economic chances beyond school. Pierino is a son of the middle classes. Gianni is a son of peasants. But while the text is firmly rooted in the specifics of place, culture and time, it is also universal. Privilege and money still talk in education today, and the poor still get a raw deal from the equal opportunity that is supposed to exist in our society today. 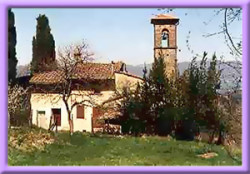 The School of Barbiana had no teachers, “.…no desk, no blackboard, no benches. Just big tables, around which we studied and also ate. There was just one copy of each book. The boys [sic] would pile up around it. It was hard to notice that one of them was older and was teaching.….the oldest of the teachers was sixteen, the youngest was twelve.…”

You won’t remember me or my name. You have failed so many of us.

On the other hand I have often had thoughts about you, and the other teachers, and about that institution which you call ‘school’ and about the boys that you fail.

You fail us right out into the fields and factories and there you forget us.

That opening should tell you that it makes an uncomfortable read for teachers in places. It is still a remarkable book akmost half a century after it was written by those eight boys, and it is a book that I still go back to occasionally.

I wonder where they all are today?